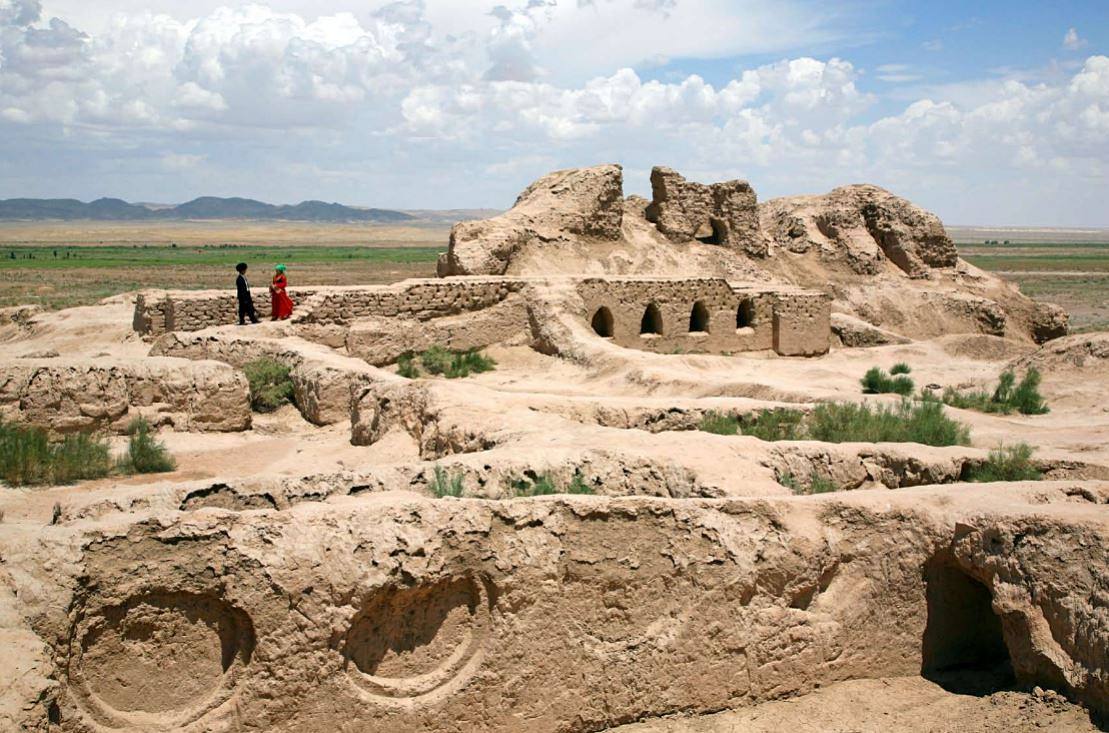 Karakalpakstan is an autonomous republic that is part of Uzbekistan and occupies 40% of its territory.

Karakalpakstan is one of the most popular sights of Uzbekistan, in part thanks to the infamous Aral Sea. Tourists from all over the world come together to take pictures against the rusting remains of ships, the once active port in the city of Muynak. Now the water level has dropped so much that it takes 40 km to get to the edge of the lake. But even with the tragedy of the gradual disappearance of one of the largest lakes in the world from the face of the earth, one can still have time to admire the stunning coastal landscapes.

Another no less famous landmark of this region is the Nukus Museum of Arts named after A.Sh. Savitsky, which collected a unique collection of Russian avant-garde and works of Uzbek artists.

In Karakalpakstan, you can find many ancient fortresses and religious buildings, numbering more than a dozen centuries. Some parts of the republic were part of the ancient Khorezm, some already existed long before the appearance of this state.

Karakalpakstan can surprise the most experienced and experienced tourist. This particular region will affect the secret strings of your soul and will remain in your memory for a long time.

The main sights of Karakalpakstan:

Karakalpakstan can satisfy the wishes of any tourist, both an amateur of antiquity and history, and a connoisseur of art. In the vastness of this autonomous republic, the historical-archeological complex Mizdakhan, the Gyaur-kala hillfort is located. In the capital of the republic - the city of Nukus, - you can find the famous museum of I. Savitskiy. A separate point of any excursion around Karakalpakstan is the cemetery of ships in the city of Muynak.

MUSEUM OF I. SAVITSKIY. This is the main attraction of Nukus. The young capital of Karakalpakstan can’t boast of historical sights, but the exposition presented in the museum is indeed unique. You can find so many creativities here! Canvases of Soviet artists didn’t disappear in time – bans and persecutions couldn’t destroy the spirit of art, and best works was replaced in this museum. In the large cities of the Soviet Union they were simply not allowed to exhibit, and distant Nukus became the only haven of objectionable creatures.

MUYNAK - CEMETERY OF SHIPS. The tragic situation that developed around the Aral Sea was hushed up for a long time. The maps still had a large blue spot, although in reality the lake was already divided into two halves. Now look at the consequences of the environmental disaster, which was the result of human activities, come from all over the world. Instead of the once crowded and noisy port in the city of Muynak, the old ships are now beautifully rusting, as if blown into the heart of the endless desert by the wind.

HISTORICAL-ARCHEOLOGICAL COMPLEX MIZDAKHAN. Mizdakhan is a collection of historical monuments from different centuries, beginning from the XI century BC. and ending with the XIII AD. The complex covers an area of ​​about 100 hectares. Archaeological sites are located on three hills and a plain between them. There is a legend that one of the graves is the place of rest of Adam himself.

CITY OF GYUUR-KALA OR "FORTRESS OF FAITHFUL". This is an ancient fortress, built in the IV century BC. This place is considered the birthplace of the sacred texts of the Avesta. Numerous altars and pockets are still found on the territory of the fortress, which testifies to the wide spread of Zoroastrianism in these territories. The fortress even now impresses with its size; the height of the walls reaches 10 meters. It is not difficult to imagine how grand and impressive this structure was in ancient times. Until now, these places bear a sacred meaning for some residents - and they keep that irretrievable spirit of the time that is in the atmosphere and practically tangible. It is enough to be on the territory of the site to see this personally.

Museum named after I. Savitsky